We have a new single out on streaming sites: “Holding Out”. The song, originally entitled “Hon Håller Ut Över Vintern” and written by Anders F Rönnblom, was featured on his 1971 album “Din Barndom Skall Aldrig Dö”. For those not mathematically inclined, that album is now 50 years old and this anniversary has been celebrated by Anders with the release of a 3-CD box-set which, apart from the original album, also includes interpretations of the entire album by artists and bands such as Lars Winnerbäck, Love Antell, Julia Frej, Östen Med Resten and many others. Men On The Border was asked in 2020 to contribute with a song and this we gladly did. The Swedish lyric was translated by Göran to impeccable, poetic English.
Spotify link
YouTube link

Friday 17th September Men On The Border are joining forces with guitarist Steven Kautzky Andersson and his superb band Cosmic Command, who will be interpreting a treasure trove of great Jimi Hendrix tunes.

MOTB will focus on both early Pink Floyd and of course Syd Barrett, Floyd’s main man in those early days. Göran will compere the show and sprinkle Hendrix stories around him. Don’t bet against Högbo and Jernvallen getting a mention!

Tickets can be purchased here:

Saturday March 27 at 9.00 pm, Men On The Border is hosting a multimedia show from what is probably Swedens cultural center: Kulturcentrum, Sandviken, with special guests Amanda Örtenhag and Steven Kautzky Andersson. The band will also be joined by international guests performing songs and hopefully telling rude stories. Memories and videos from previous fan meetings celebrating the music, lyrics and art of Syd Barrett and early Floyd.

The online meeting will start 30 minutes ahead of show time, so come early for chatting and the candlelit start – it’s Earth Hour! Every year on the last Saturday in March, million of people across the world join together in raising awareness of the issues facing our planet. We will do the same. And we will donate 50% of the evenings’ proceeds to the World Wide Fund for Nature. By participating in this event you will support WWF in wilderness preservation the reduction of human impact on the environment. Isn’t it good to be lost in the wood?

Let us take you on a psychedelic journey to Cambridge, UK and around the world. You can expect an interactive, fun meeting with live music, videos, animations, light show, unique live interviews and some very special surprises from around the world.

Our new album “Blackbirds” has now been released to streaming sites. This is an expanded version of the vinyl album we released in the summer of 2020 – in the dip between the first and second pandemic waves! And no gigs! So we’ve been looking forward to this release a lot. As usual, psychedelic rock and pop influences are very much in evidence. So, if you’re into that, you should give it a shot.

Additional tracks include new, supremely awesome versions of Arnold Layne, Lucifer Sam and especially the very weird and wonderful Bike, which includes a band composition, Ted Balding with the Weather.
The album can be found on Spotify, iTunes and YouTube. Fun for all ages (except 43)!

Our latest album “Blackbird” will out on 12th June, 2020. This limited edition release is on orange vinyl in a beautiful gatefold sleeve. As exclusive as it gets! If you have an old-style – or a flashy new – record player you shouldn’t miss this. Even if you don’t have a record player at all, this is worth owning just to look at!

Copies of the album can be purchased for 249 kr (25 USD), online from Pet Sounds, or in the shop: 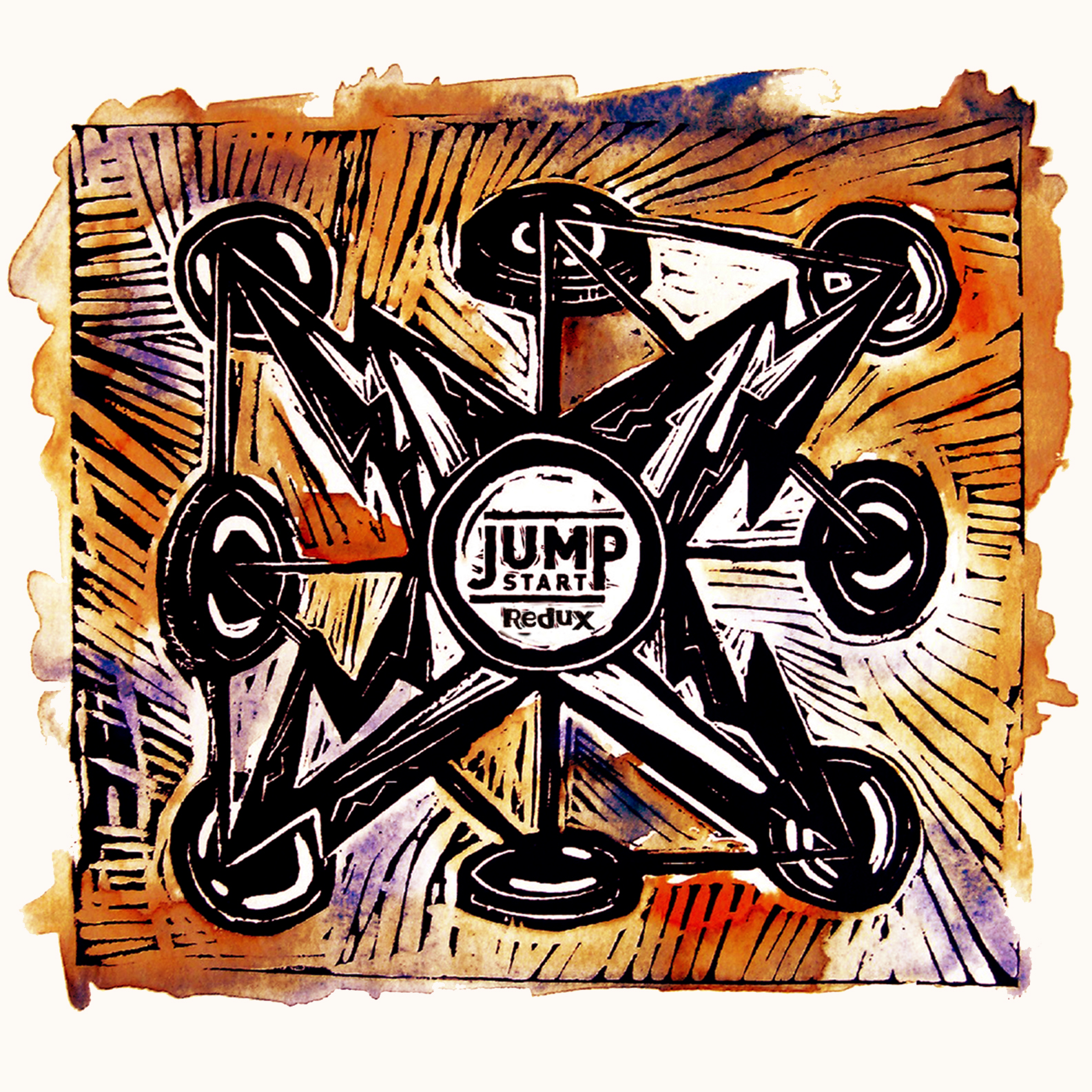 We’ve remixed, remastered and re-sequenced our Jumpstart album, which was first released in 2013. A number of songs have also been axed, to give the album a tighter feel.

The album can be found on most streaming sites. 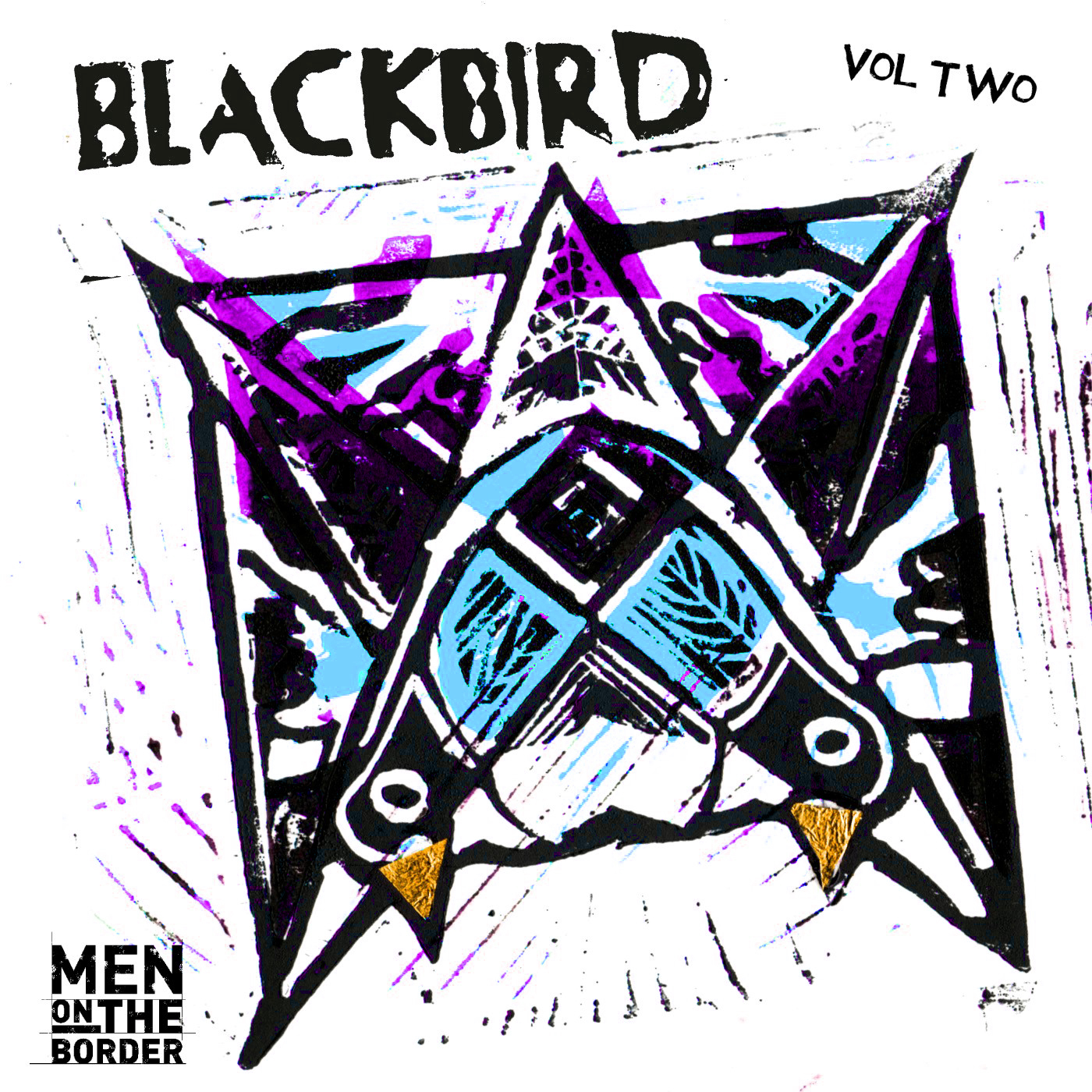 Volume 3 in our Blackbird series includes Blackbird Song and ‘Til Tomorrow, both written by the band.

Ian Barrett’s linocut has been used once again. 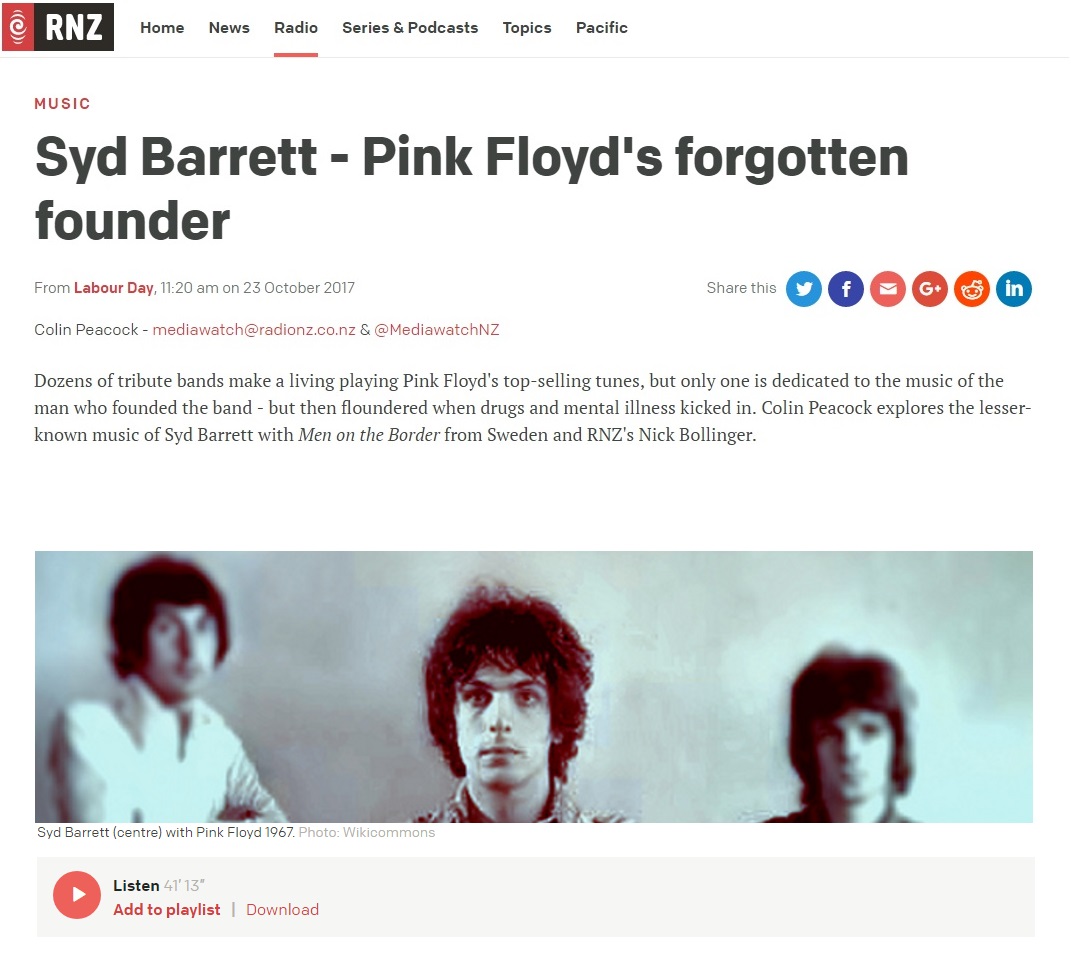 A couple of weeks ago Goeran and Phil did an interview with Colin Peacock at Radio New Zealand for his Labour Day programme. The show told a bit of Syd’s story, played some of his (and our) music and was broadcast on October 23, 2017.

Read more and listen to the interview

Two new songs are out on streaming sites, as Volume 2 in our Blackbird series.

Both “Who’s Insane Now?” and “The Populist” were written by the band and are in some mysterious way connected.

We’ve used the Ian Barrett linocut image and will do so again shortly with our next release. 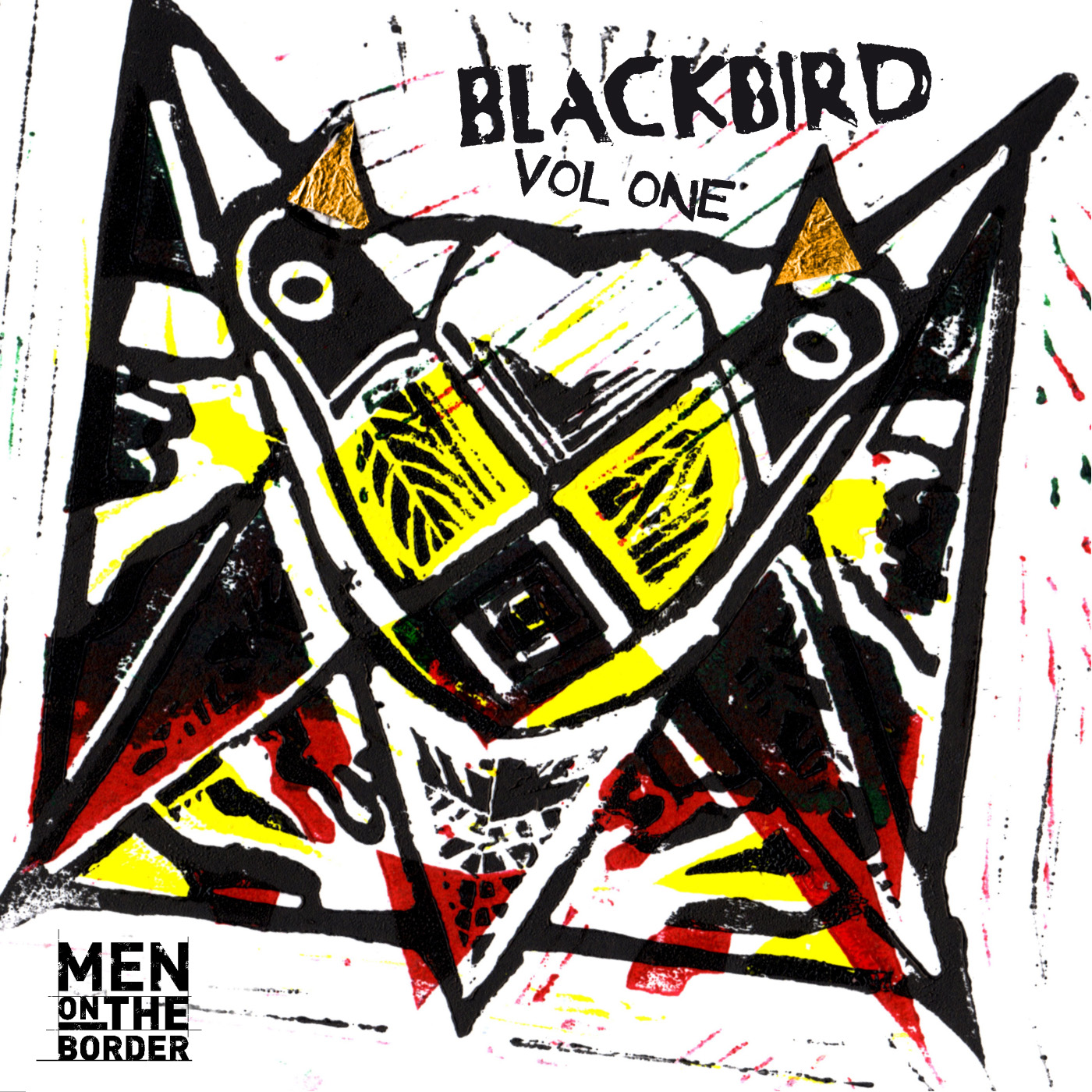 We have a new single out on streaming sites from 30th March: “May A Man Be Merry” and “Dolly Rocker”. Unlike the live single we released in February, these are new studio recordings. This single is Volume 1 in a series we’ve called “Blackbird”.

“May A Man Be Merry” was written and recorded by Lionel Bart in 1968 for his failed psychedelic album “Isn’t this where we came in?” Unfortunately it didn’t quite fit in anywhere. Bart wrote huge hits for Cliff Richard (Living Doll), Tommy Steele and others in the 50’s and particularly the musical “Oliver” in 1960. “Oliver” was a massive hit both on the stage in London and Broadway, but also on film. Lionel’s flamboyant lifestyle, drugs and alcoholism caused a career nosedive. He put large sums of money into various musical projects for the London stage, but nothing took off. He managed to squander the millions he earned and sadly ended his life through liver cancer in 1999 at the age of 68. He was then living in a small apartment above a betting office in London.

Lionel was homosexual and by 1955 the expression “gay” had found a foothold in the language. But homosexuality was also illegal at that time, so had to be hidden. “Merry” would appear to be a euphemism for “gay” and the answer to the question “May a man be merry?” back then would have been no! You could definitely not be openly gay anyway. Lionel was a party animal, generous and by all accounts great fun to be around during the 60’s. Noel Coward once said he would ‘rather spend five minutes in a four-ale bar with Lionel Bart than a year’s yachting cruise with the Oxford Debating Society’.

“Dolly Rocker” is from a sketchy Syd Barrett demo, wildly unfinished, which we’ve reworked to a very large extent.

The great cover art has once again been created by Ian Barrett. It’s the first version of a linocut and will be used again as the next volumes in the “Blackbird” series are released.